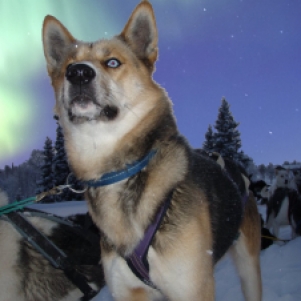 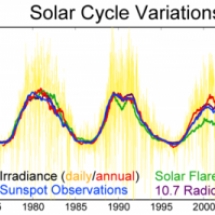 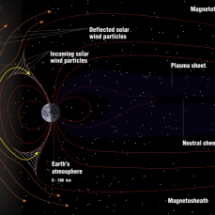 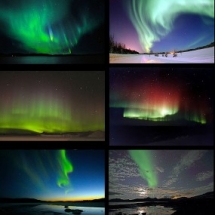 The Northern Lights, or are they are sometimes known, the Aurora Borealis; named after the Roman goddess of dawn, Aurora, and the Greek name for the north wind, Boreas, by Pierre Gassendi in 1621, this fantastical natural phenomenon has been the source of awe and wonder for as long as humankind has been around to witness them.

The ancient Roman poet Seneca The Younger claimed in 65 AD that they were chasms or wells in the sky and records that during the reign of Emperor Tiberius their lights shone so vividly red above the city of Ostia that the army stationed nearby galloped into the town believing it to be on fire.

Legends of the lights are curiously absent in the majority of Norse mythology, however there is a reference to their being caused by Valykries; warlike virgins, mounted upon horses and armed with helmets and spears.

“When they ride forth on their errand, their armour sheds a strange flickering light, which flashes up over the northern skies.”

Although auroral activity is common over Scandinavia and Iceland today, it is possible that the Magnetic North Pole was considerably farther away from this region during the centuries before the documentation of Norse mythology.

Amongst Eskimos and North American Indians there were many myths surrounding the lights, not all of them positive; one tribe regarded them as evil spirits and always went armed with spears to keep them away, another saw them as an omen of war and pestilence, but by far the most romantic comes from Inuit the tribes of Canada’s North Atlantic and eastern Hudson Bay referred to as the Labrador Eskimos:

“The skies of the North are a great dome of hard metal arched over the Earth. There is a hole in it through which the spirits pass to the true heavens. Only the spirits of those who have lived a worthy life and died a good death have been over this pathway. The spirits who live there light torches to guide the feet of new arrivals. This is the light of the aurora.”

Known as the Aurora Australis in the southern hemisphere, when seen at night the lights can sometimes even be bright enough to read a newspaper. They are caused when the earth’s atmosphere comes in contact with a stream of charged particles from the sun, known as solar wind. This is drawn toward the poles by the magnetic field generated by the earth. When these particles collide with the earth’s atmosphere there is some swapping of electrons between excited oxygen and nitrogen atoms and the resultant electromagnetic radiation just happens to be in the visible spectrum.

Depending upon a storm’s strength, activity can range from a greenish glow in the sky to whipping, whirling ribbons of neon scarlet and yellow that appears to dance off the horizon.

Although science may have explained away their origin these ghostly ethereal visitations still exert a powerful hold on our imaginations and a place of reverence across many cultures.

At present we are experiencing a peak in the 11 year solar cycle of the sun meaning that 2013 should be the best year for another decade at least if you want to get the best chance to see this natural lightshow.

If you’re interested in taking a trip up north then you can combine the experience with a dog sledding adventure; living in huts beyond the arctic circle for a week this Easter and taking your very own team of sled dogs on daily training runs around the mountains each day to prepare them for a 500 km race, while relaxing in the evenings to enjoy traditional Scandinavian cooking & hospitality.

Although no one can ever guarantee that the lights will show on any given night, this is probably the best opportunity and setting in which to experience them. For more details of the Easter Northern Lights and dog sledding trip please follow this link and check out some of the photos and testimonials from our last group.

Happy trails – From all at magnetic North.