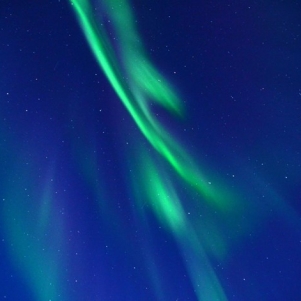 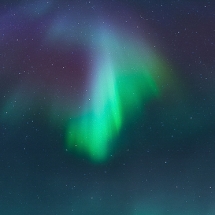 Northern Lights of the Ancients

Since time began, the Aurora Borealis has enchanted all who have had the opportunity to witness it. People living in the northern hemisphere were familiar with the Northern Lights before there were any written records of them. As nature was the ruler of Arctic life, it was important to be able to read the signs that were sent by nature itself. It was Mother Earth’s theater that they were observing for luck or reading their fortune.  The message of the Northern Lights was always different since they always appeared in a different form.  They could take the form of a vague green veil slowly moving through the sky, a form of a crown or aggressively pulsating red, green and purple shapes dancing above the paths of the Northern people.

In Finnish language the aurora borealis has many names. One of them is revontulet which literally translated means “Fox’s Fire” (repo = a fox, tuli = fire).  This is due to the old Lappish belief that Northern Lights were created by a red fox that came from the East. As it ran through the fells its whisking tail created sparks that danced on the winter sky. A magic fox that created the aurora borealis would bring a lot of luck to its catcher.

In the Finnish epic, Kalevala, where most of the tales take place in Eastern Finland a place called Pohjola is mentioned several times (pohjoinen = north). Pohjola was a forever cold place where the Mistress of the North, called Louhi, would rule. In Kalevala Louhi is a wicked witch of great power. It was also believed that diseases and frost also originated from Pohjola – The only reason to travel to Pohjola was for young men who wished to woo the Daughters of the North who were exceptionally beautiful and bewitching.  Those who dared to enter Pohjola could see The Glowing Gates of the North from miles away. The shining gates would rise from the frozen ground to the sky like a giant fiery snake. One of the names used in Finnish for the Northern Lights is pohjanpalo: the blaze of the North.

In some parts of Finland women would cover their heads because the Northern Lights could grab them from the hair and pull them to the upper world where the energies and souls of the departed travelled. In Scandinavia and North America it was also believed that one could summon the Northern Lights by whistling, but it was terribly dangerous to do so. The worst mistake one could do was to point at them and laugh which was the worst mockery towards their divine nature.  The fear of the phenomena was more common in the areas where they were a rare sight. The Greeks thought that the aurora borealis was an omen of war, disasters and plagues. The phenomenon was often referred to as a vengeful force – the souls of the enemies who had died in battle.

In Sami languages there are many names for the Northern Lights. One of them is Guovssahas, meaning a light that can be heard.  The sound has most often been described as crackling and snapping.  The sound is also related to the belief of the red fox running in the fells. That is most likely due to the static that can occur in the animal’s fur.

The connection between the Sun and the Northern Lights has been known for only a little over hundred years which is why there are many different stories and explanations for the phenomenon. Let the time lapse shot in Finnish Lapland this year make you see the Aurora Borealis through the eyes of the ancients.

Find your perfect holiday in Greenland