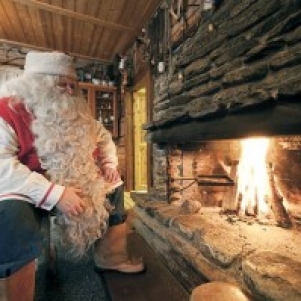 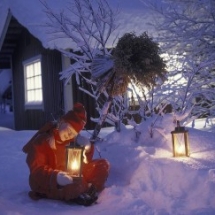 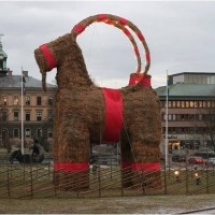 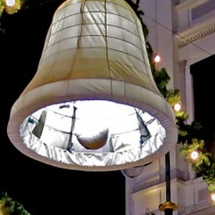 24th of December is the most important day of the Christmas celebration in Scandinavia. On this date, people go to an early mass at the church (traditionally at 5 AM in Finland) and prepare the main meal for the evening. It is common to have a lunch of rice porridge or pudding with either sugar and cinnamon or “soup” made of fruits and juices. Traditionally, the person who prepares the porridge hides one whole almond in it. The member of the family, who finds the almond in his/her portion of porridge, receives a gift or good luck for the following year. Children all over Scandinavia get to open their Christmas presents on the evening of 24th of December, instead of next morning.

One of the Christmas traditions in the North is to light candles on Christmas Eve 24th of December. In the old days this habit reflected the idea of Christmas time being the time of the year when light starts to return to the “dark North”. In Sweden, churches glow in the light of the candles lit by people who attend the evening mass. In Finland, graveyards are covered in seas of candles as Finnish families pay respect to family members, friends and soldiers who have passed away.

Yuletide, filled with traditions related to warmth and light, such as burning the yule log, had an extreme importance in Scandinavia. It was said that at the time of the winter solstice, the fortunes for the coming year were determined and the dead (spirits) were believed to walk the earth.

The word ”Christmas” in Scandinavian countries derives from the word “Hjul”, which actually refers to a wheel or a cycle. (Danish, Swedish and Norwegian “jul”, Finnish “joulu”. Also British “yule”).

Norwegian Vikings used the skies to measure the time of the year and seasons, seeing the time frame from the beginning of the year until the end of the year as a cycle (=hjul). When the summer turned to late autumn and the darkness covered the Northern skies in black velvet earlier and earlier each day, the Vikings knew the winter would be coming soon and started to make their journey back home, trying to reach their harbours before the Northern seas would freeze over. Usually they would also bring gifts to people who had stayed home. Maybe their journey home was an inspiration for the saying the Western culture still uses today; “Hjem til jul”, Home for Christmas.

Nowadays Santa Claus is one of the most important actors in Christmas, but what was there before Santa?

People all over Scandinavia share a belief in elves and gnomes, who still play an important role in the Scandinavian Christmas customs. The Norwegian believe in Nisse, a gnome or an elf guarding the animals. Traditionally he lives in the farm with the family in a barn or an animal shed and helps the family to take care of their animals. Children have bowls of porridge ready for him on Christmas Eve – if they didn’t, he might get upset and play pranks on them. The Norwegian version of Santa Claus, Julenisse, wears a traditional Norwegian sweater, knee breeches, hand-knitted stockings, a homespun jacket and a heavy fur coat, because it gets cold in Norway in winter. He visits the houses on Christmas Eve, bringing gifts to the children. Some families even today set an extra place on the dinner table just for Julenisse and leave it there until the next morning in case the gnome wants his share of the Christmas delicacies.

The Danish also believe in Nisse, but their version of the gnome is more mischievous. Unlike his Norwegian cousin, the Danish Nisse wears grey woollen clothes, red bonnet and stockings and white clogs. In Denmark also, people leave bowls of rice pudding or porridge outside for Nisse, to make him friendlier and keep his pranks within limits. It is also said that Nisse can control people’s fortunes – staying friends with this mythical creature might bring you luck!

The Swedes believe in a creature called Tomte. He looks a bit like the Santa Claus we know today, though originally wears grey clothing. Tomte is always watchful, living near on the farm or in the woods nearby, but you can only meet him during Christmas time. While he hands out the presents to children, he does funny rhymes.

The Icelandic believe in no less than 13 jólasveinar, “Yuletide Lads”, who come to town bearing gifts and candy and might play a prank or two as well. The first jólasveinn appears 13 days before Christmas, next one coming the day after, until the last one arrives exactly on Christmas Eve. After Christmas, they leave one by one, making the Christmas season in Iceland last 26 days.

Special Christmas characters have not always been gracious, jovial creatures. Especially the Finnish and Norwegians believed in a goat-like creature that had big horns and a thick fur and would come to the Christmas celebration unannounced and bring trouble with him. The idea of the Christmas Buck is a very old one and was most likely known by the Vikings. In Finland, there was an evil goat-like creature, who according to an old saying took the Christmas away. In pagan celebrations, the creature with horns meant good fertility, but was soon associated with the devil by the Christians. The creature was then feared by the children, parents telling them scary stories about the goat-like creature snatching children from their homes and eating them, unless they behaved themselves.

Although the feared creature is in the past, its memory lives in the Scandinavian traditions. For example Santa Claus in Finnish is “joulupukki” and in Norwegian “julebukk”, both meaning “Christmas Buck”. Also, a traditional Scandinavian Christmas decoration is a goat-figure made of straw.

By Noora-Maria Niemelä and Kirsi Jokela