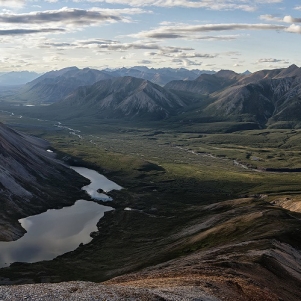 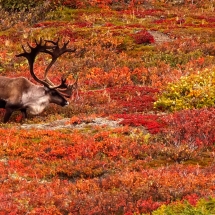 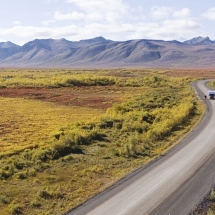 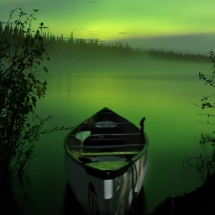 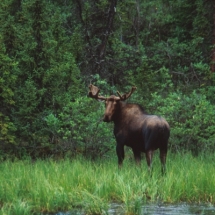 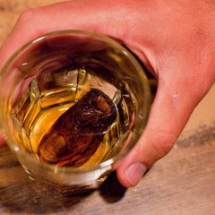 Despite being Canada's smallest territory, the Yukon is 80% covered in pristine wilderness. For outdoor lovers, this is a compelling reason to visit. We think there's no better time to travel to the Yukon than during the Autumn season. Here are five reasons why.

Travellers landing at Whitehorse airport in late August will be surprised to step out of the plane into autumn. The trees will be ablaze with colour and moss-covered mountains tinged with a dazzling red-orange as you head to the terminal building. Further north still, the spectacular display of colour can be witnessed as early as the beginning of August. Northbound travellers have the unique opportunity to experience two seasons in one trip!

Our tip: Travelling with the right gear is essential. At this time of the year, layering is key. A mix of wind and waterproof activewear works best.

Check this tour for an active autumn break: Travel to a wilderness ranch and join some iconic Yukon activities including canoeing, hiking and Northern Lights Chasing.

2. The Aurora Borealis arrives in August

The Aurora Borealis, or Northern Lights, can be seen from August in the Yukon. In fact, photographers and Aurora enthusiasts often cite a higher level of activity during the Autumn period. The earth’s orientation to the sun during the Autumn equinox offers a greater chance of solar flares entering the planet’s magnetic field to create those wisps of Aurora colour in the night sky. And if Aurora activity is low, you can be sure that the longer days will give you plenty of time to explore followed by the possibility of night time star gazing.

Our tip: Staying away light pollution will give you a much better chance of viewing the Northern Lights. Stay in a cosy cabin in the Yukon where dark skies give you a great chance to view the Lights. Here are a few ideas.

3. Autumn is the best time to spot wildlife

As wildlife is prepping for winter, autumn is a great time to spot the Yukon’s furry locals. Lucky travellers may encounter bison, grizzly bears and the iconic moose on their journey. Boost your chances of witnessing northern Canadian wildlife in the Yukon’s Wildlife Preserve. Over 700 acres covering mountains, wetlands and flatlands are home to an abundance of wildlife as well as an interpretation centre where you can learn more.

Our tip: The return of the salmon is shortly followed by hordes of hungry grizzly bears.  Salmon season usually starts in between July and August.  For wildlife holidays check the following itineraries.

The Yukon is dotted with small towns with evocative names like ‘Little Salmon’, ‘Whitehorse’ ‘Gold Bottom’ and ‘Beaver Creek’. Along the legendary Klondike Highway, small Wild West-style townships reveal nuggets from its chequered past. Their colourful housing fronts and traditional saloons stand against a vast wilderness beyond.The friendly locals will be keen to share one of many local legends surrounding their small hometowns.

Our tip: Try the legendary Dawson Sourtoe Cocktail. The drink served with a dead miner’s toe will challenge locals for a taste of the Yukon’s local oddities.  Try this itinerary if you like to give it a go!

5. A landscape of extremes

The Yukon is home to the world’s smallest desert and largest non-polar icefield. Travellers can experience the Tombstone Mountains of the north ablaze in autumnal colour, follow in the footsteps of gold rush pioneers on untamed rivers, view enormous glacier ice fields aboard a scenic flight and take in pristine alpine lakes that offer unadulterated views away from the crowds. With the choice to experience the magnitude of the wilderness by foot, canoe, mountain bike or flight, the Yukon is a destination for all.