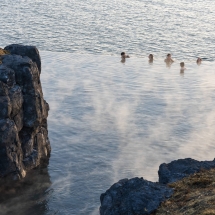 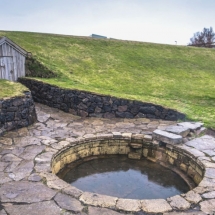 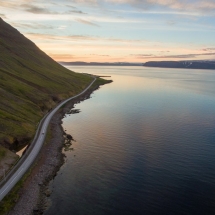 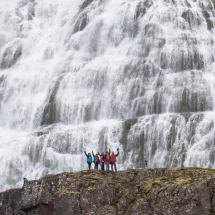 While we were gone... Iceland update

A few weeks ago, Iceland reopened its borders to vaccinated travellers allowing international guests to explore this island of adventure once again. While we were away, the geysers still erupted, the storms still passed, and the Northern Lights danced in the dark skies. Below and above ground, changes have emerged bringing new elemental experiences to intrepid travellers. While we were away….

There are two types of eruptions; the ones like Eyjafjallajokull in 2010, which bring the world to a standstill. Then there are the other types of eruptions which locals call “tourist eruptions” - the ones where planes can keep flying and travellers can watch the show from up close. Thankfully the recent eruption of Geldingadalir in the southerly Reykjanes peninsula falls into the tourist category, just in time for Iceland to reopen its borders. Currently the volcano is spitting red hot lava into the air much like a geysir would do, which can be seen from Reykjavik by night. Hikers can get up close to the volcano by following a 1.5 mile trail (each way) from a parking lot near to Grindavik. Private guides and small groups also depart from Reykjavik, bringing to life the story of this volcano - the first to erupt in more than 800 years in the Reykjanes Peninsula. It’s a steep hike with an elevation gain of around 250 meters (820 feet) over lava fields and uneven ground.

The brand new Sky Lagoon is positioned close to Reykjavik, where land meets ocean. The lagoon’s infinity pool is an incredible place to admire the Atlantic coast backed by mountains and the aforementioned volcano Geldingadalir in the distance. The lagoon takes its inspiration from ancient Icelandic cultures notably through its distinctive turf roofed architecture and hot and cold pools. Relax with a seven stage spa ritual and enjoy local Icelandic cuisine in the restaurant. Not to be missed whilst staying in Reykjavik!

It’s now possible to hit the high (and quiet) road more easily with the help of the newly designed Westfjords route. Perfect for an isolated roadtrip, this route helps travelers deep dive into an untouched region filled with endless fjord and mountain scenery. The route also uncovers some culinary highlights and reaches local people and unique experiences. Travelers can explore amazing natural beauty including Hornstrandir, one of Europe’s last true wilderness areas and Látrabjarg bird cliff and Rauðasandur’s golden pink beach. The route compliments our West Iceland self drive itinerary - read more at this link.

Iceland went to the Oscars!

An oscar nomination for the song “Husavik” brought the world’s spotlight to this small fishing town on Iceland’s northern coast. The film “Story of Fire Saga” was nominated for an Academy Award® for best original song. It didn’t win the Oscar, but it won the hearts of fans all over the world!

Travel to Iceland with the experts - if you're ready to plan a dream adventure to Iceland, get in touch with our team who will be delighted to design a tailor-made itinerary for you.

Find your perfect holiday in Iceland