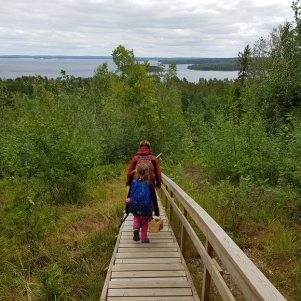 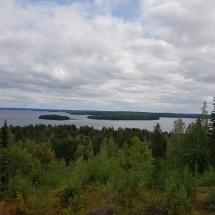 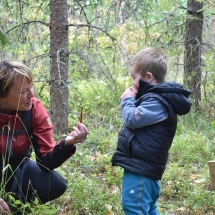 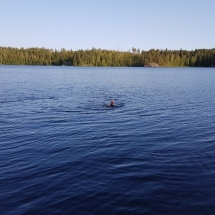 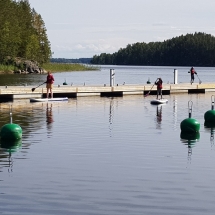 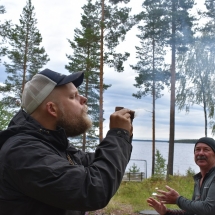 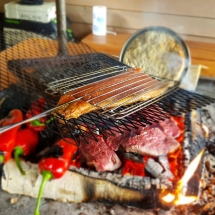 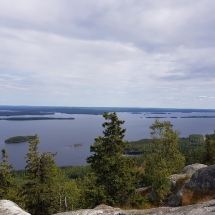 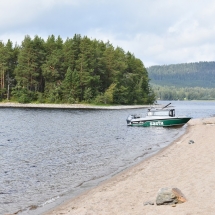 Road trip from Helsinki to Lapland

“There was nowhere to go but everywhere, so just keep on rolling under the stars.” Jack Kerouac, On the Road.  Here at Magnetic North Travel we’re continuously searching for the best in Nordic accommodation, tastes and experiences. We’ve just returned from a three week road trip that took us from Helsinki up into the Arctic circle.

In two blog posts, we report back on the trip from Helsinki to Finnish Lakeland and Karelia region. Vantaa airport is always a pleasure to arrive at. It has a spacious and modern feel, which is maintained as the airport benefits from ongoing upgrades intended to attract more tourists to Finland.

We stayed a night at the Hilton, enjoying an award winning Finnish Napue Gin and tonic, before a restful night’s sleep. The next day we picked up our hire car and headed out on the open road towards Lahti. It doesn’t take long before you start to see trees, lots of trees, and starting to wind your way through the 187,888 lakes that make up 10% of Finland. The lakes, like Saaima, Päijänne and Pielinen cover hundreds of square kilometres meaning they sustain complex ecosystems and micro-climates.

En route we stopped near Asikkala to meet up with our guide Anukka for an afternoon’s guided hike and berry picking. This was our first chance to get into the boreal forest and taste 2019’s blueberries and raspberries. Berry season is a big deal as it has traditionally been a key part of Finnish diets. Anukka shared her knowledge about the forest and it is fair to say that not all the berries made it back in the basket.

After a couple of nights staying in a traditional Finnish wooden cabin we headed north east  towards Anattolanhovi, a spa resort.  Our villa looked out across a lake, with a private jetty. We were warned by Finns that lake temperatures were lower than average but it had to be tried. They were of course right and it was certainly a rejuvenating experience after the sauna.

Next we headed further north east on to Hotel Jarvisydan where we enjoyed a relaxing spa break and had a go at stand up paddle boarding. Next stop was Joensuu, where we met our guide Mikko. Mikko used to teach Arctic survival in the Finnish Defence Forces and now channels his knowledge into bushcraft and safaris. We took a short canoe trip following a canal linking lake Pyhaselka. This was a short taster of the multi-day trip expeditions, Mikko organises into the vast wilderness stretching across Eastern Finland on to the Russian border.

The following day Mikko introduced us all to bushcrafting and open fire cooking.  After exploring different Finnish knives Mikko showed us various techniques of fire-starting. We started with his old army survival approach which made use of a cotton wool pad, typically used for make up removal and vaseline! We then travelled back in time to try traditional methods using flints, steel, bow saws and a cocktail of dried barks and fungi. Mikko quickly showed how it was possible to survive in the forest with little more than a knife. He then introduced us to his award winning firestick which was co- designed with Kupilka, a Finnish company specialising in eco friendly dishware using its own bio material made from natural fibre composite called Kareline. Sat under the forest canopy, deep in Karelia the landscape and techniques we were using provided a living link to how people have survived here for centuries. Mikko also provides longer experiences that develop skills including carving, foraging, building shelters, preparing food right through to arctic winter survival techniques.

We rounded the day off with some open fire cooking. First we made bread, using a traditional recipe, before beef steaks, local trout, peppers and onions are added to the hot coals. The food was simple and tasted amazing. Mikko also offers vegan and vegetarian options.  He can also show how to prepare locally sourced meat and fish.

We took a trip into the Koli National Park, which is in the heart of Finnish landscape and has inspired Finland’s artists, composers and poets.  A (then) little known author called JRR Tolkien also once visited. Mikko shared his insights into the local folklore which reveals how recently Finland, especially Karelia converted to Christianity. That night we enjoyed a wonderful meal at Kolin Ryynanen, a quirky slice of Karelian food and locally brewed craft beer and cider. Our last day in Karelia was spent on a boat safari on Lake Pielinen. Heading out at the rate of 45knots we quickly reach an island where we took a short hike. The forest was super abundant with lichen and mosses, which we enjoyed before returning to an open fire and a lunch of freshly shot pigeon. After lunch we headed back to Koli for sauna hot tub and a (very) rejuvenating dip in the lake before saying ‘welcome again’ (never goodbye) to Lakeland and Karelia which was a fantastic region to visit. Car packed it was time to keep on rolling, this time Arctic bound.

Find your perfect holiday in Finland