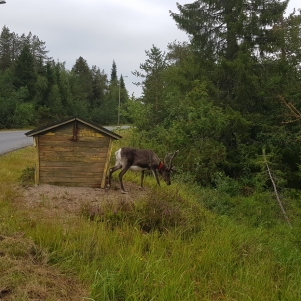 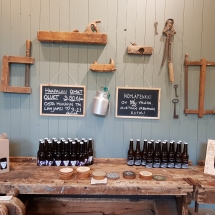 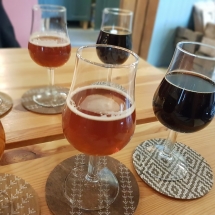 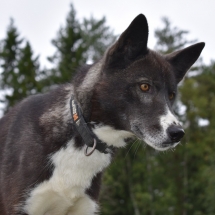 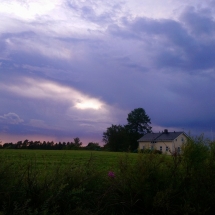 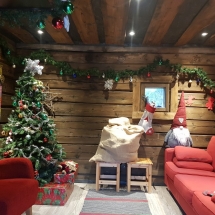 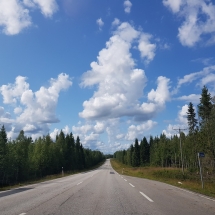 Road trip from Helsinki to Lapland

On this second leg of our road trip we turn north west, heading for the Arctic circle and a summer rendezvous with Santa Claus.

After leaving Karelia we stopped at Vuokatti, a delightful compact ski resort. Here we visited Haapala a brewery, bed and breakfast and bistro. The business is an Anglo-Finnish collaboration, centred around an old farmhouse that has belonged to one of the co-founders for multiple generations. The property has become a rural incubator for multiple enterprises which still make use of the original 19th century farm buildings. In the past, the properties have served as a farm, home, post office, school and now include a bed and breakfast, newly opened cabins and a forthcoming Finnish wood fired sauna.

Our visit included a tour of the brewery before we tasted a selection of the produce. The current range includes lagers, IPAs, pale ales which make use of ingredients from the local environment including the trees. We tried an ale with spruce and a porter completed using locally produced tar. This region was once a centre of European tar production as barrels were rowed down the rivers to the Gulf of Bothnia, where it was re-packaged and sold to, amongst other customers, the British Royal Navy. Craig, the head brewer hosts brewery tours which can also include a chance to learn how to produce Finnish breads. Craig has plans to incorporate more local grains, yeast and hops giving the beers a distinctive Haapala taste. Judging by our visit, the bistro which also serves all the beers on tap, accompanied by flavoursome food has quickly established itself as a must visit place among locals and visitors alike.

As we left, we were treated to a sky with pastel colours that made the whole visit perfect. We stayed a couple more nights in Hotel Aateli, which is located next to the pistes. The hotel is very well designed, welcoming and equipped with a private sauna and pool which would provide an excellent way to unwind after a day on the snow or hiking.

Heading north we stopped at Vuokatti Safaris for a tour of the husky farm. We previously visited the farm in winter, so expected less action this time round. Things were busy as ever as the dogs were being trained and looked after by Kimmo, Paivi, Kaisu and the team. Kimmo has recently won multiple competitions, so it is a bit like visiting a sports team ramping up with pre-season training. Heading north west the roads got quieter and quieter on route to Iso-Syote, another popular ski resort which is perched high on a mountain top.

The view was stunning and at night, with clear blue skies and sun shining at 9.30 despite it almost being autumn, all that could be heard was a low drone of emitted by hundreds of bees feeding on the heather flowers. We headed north west travelling across the centre of Finland. There was less and less traffic, more and more trees and the occasional sighting of reindeer. Next stop was Rovaniemi where we stayed at the Arctic Treehotel. It felt strange being back in a city at first until we realised that sometimes there are things you don’t really know you need until you see them. Such as a delicious platter of arctic inspired sushi made with salmon and reindeer.

The next morning we headed to Santa Claus Village, where the kids were slightly bemused as to why they were meeting Father Christmas in summer. Certificates and photos proving we had met Santa purchased, we met up with Sami the founder of Wild Nordic which provide a range of activities and accommodation in the area. Sami is a champion endurance snowmobiler and owner of the Arctic Wilderness Lodge, which is just outside the city but feels like it is deep in the wilderness. This became our last stop on the roadtrip. As we sat down by the River Raudanjoki we saw a bridge which marks the starting point to several hiking trails.

Unfortunately, there wasn’t time to go any further into the Arctic north this time so we had to bid farewell and vowed to return as soon as we can to explore more of the area’s wilderness. As we dropped the car back at the newly expanded Rovaniemi airport we reflected on what a wonderful country Finland is to travel in. The roadtrip had taken us through amazing scenery and we’d met plenty of warm and welcoming Finnish people whose quiet enthusiasm for their country was inspiring.

Find your perfect holiday in Finland