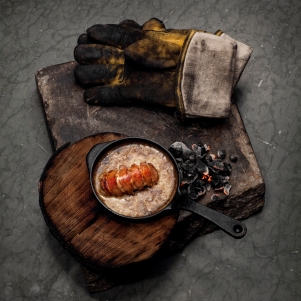 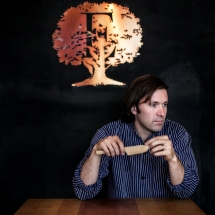 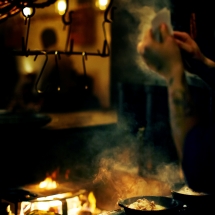 Remember the MTV series MTV unplugged? In a cozy and private setting rock stars, pop singers even metal bands pulled the plug and created a magical atmosphere with songs that are familiar but appear hauntingly intimate. In 2011, Ekstedt, no rock star but a master chef decided to do a similar thing: he also pulled the plug. Instead of relying on the mainstream success of high-tech cooking, the Stockholm-based restaurant took a step that at first seemed counterintuitive but then proved to be revolutionary. Instead of relying on electricity the masterchef went back to the fire stove. His oven and stoves solely powered by birchwood are a replica of those produced in Sweden around 200 years ago. The strict continuation of tradition further reflects in the master chef’s focus on local  ingredients and use of centuries old preparation techniques to rejuvenate classic flavours in familiar Scandic dishes. Despite being in stark contrast to the high technology based cuisine nowadays, the concept gradually became widely popular amongst guests and food critics alike.

As a matter of fact, Ekstedt has been riding on a wave of change within the Nordic cuisine as the restaurant culture has slowly begun to rediscover their culinary roots and refocus on the strongly seasonal Scandic cuisine. His simplistic approach to gastronomy bases itself on an ideal deeply ingrained in Scandinavian culture which is to seek quality in purity and simplicity. Nonetheless, Ekstedt’s strictly traditional technique-based concept remains unique and has proven to be extremely successful. The kitchen which could be a living museum of a restaurant 200 years ago was recently awarded its first Michelin star.

Working in a restaurant that uses techniques and technology from over a century in the past is however hard work. The wood is chopped by staff members each morning and working in the kitchen might sometimes resemble working in a sauna might not seem revolutionary at first glance. What makes the concept progressive is the fact that the simplicity has become a hot pot of creativity as it forces the team of chefs to experiment and figure new solutions that appeal to the modern gourmet.

Whenever in Stockholm a visit to the fiery heart of Scandic cooking is an experience worthwhile.

Have a taste and enjoy the experience for yourself.