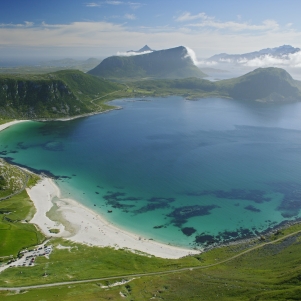 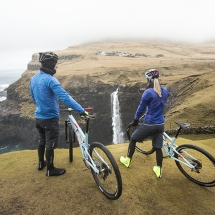 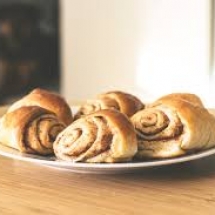 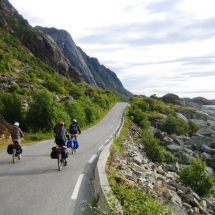 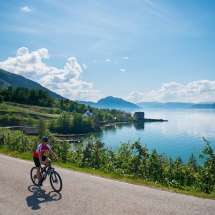 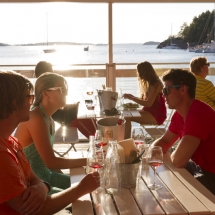 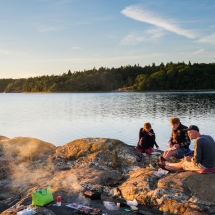 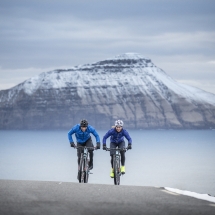 To say that the team at Magnetic North Travel ‘likes’ cycle touring is an understatement. We think cycling is one of the best ways to actively explore the Nordic Countries during the summer months. Why?

Cycling in Scandinavia or the Faroe Islands lets you take the route less travelled. Whisk past small country lanes in Finnish Lakeland, cobbled streets in Stockholm or ‘park up’ for a jump in a Lappish lake. It is going to be hard to resist the temptation of a spontaneous stop. The good news is refueling views are highly recommended. The Lofoten boast with white sand beaches engulfed by alpine mountains. The Faroe Islands offer some mind-blowing waterfalls crashing right into the Atlantic Ocean and Stockholm offers world-class cafes where you can fika in style.

Biking embraces the essence of slow travel. You can travel at your own pace take snaps of coastal vistas, conquer that hill with gusto or simply push up and breathe. Be as ambitious or relaxed as you like and be sure to take in the scenery. After all, it is not about the miles you will cover but the things you’ll see on the way.

Jumping on a bike will change the perspective on the journey ahead of you. It is self-propelled, every meter is powered by your leg power, your drive. At the end of the day, you can reminisce the distance covered and give yourself pat yourself on the back. You deserved that beer/cinnamon bun or whatever else tickles your fancy.

The best destinations for cycle touring

Did anyone say stunning sea and mountain views with undulating bike trails? The Lofoten Islands are a treat for cyclists of all skill levels. During the summer months you’ll be able to enjoy nearly infinite daylight in Norway’s most dramatic archipelago.

Stray further afield and cycle on Senja Island where a few lucky travelers might be able to spot whales.

If you fancy city and landscapes cycle touring could be the best way to explore cities like Bergen, Oslo and Tromso. Norway’s bike friendly cities allow you to explore their hidden gems on two wheels, just like the locals. Start your trip in the capital, travel through UNESCO-preserved Hardanger region and then jump on the Hurtigruten from Bergen to Arctic capital Tromso.

Both Stockholm and Helsinki set the bar high when it comes to high-quality urban living. Helsinki is one of the greenest capitals, Stockholm one of the cleanest ones. Both border the Baltic sea, are surrounded by forests and hills and you may have guessed it, they are both amazing destinations for laid-back cycling adventures. Learn and experience Scandi (coffee) culture and discover the the many islands dotting Scandinavia’s marine front yard.

Located just below foodie capital Gothenburg, West Sweden beckons with amazing food, family-friendly adventures and quintessentially Swedish fishing villages. West Sweden is a secret long discovered by locals, but largely unknown to international travellers. When in West Sweden, do as the locals do, and embrace the art of slow travel. Join small day cycling trips along the coast, kayak to the surrounding Weather Islands, or simply indulge in a Nordic Noir out in the sun.

Wild, rugged, mythical. The Faroe Islands are sometimes referred to as a green desert which despite its green, sheep-dotted hills does not grow any trees. Instead of trees you'll come across birdlife, dreamy waterfalls and dramatic steep cliffs.  If empty, winding roads, the odd village and challenging hills are your definitions of adventure, we recommend giving the Atlantic island group a go.