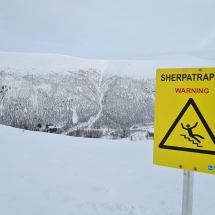 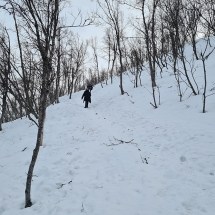 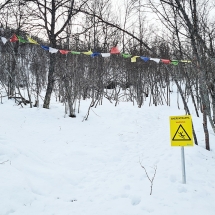 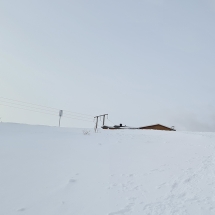 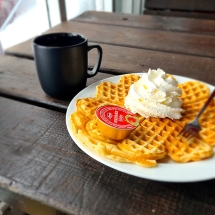 Can you hike the Sherpatrappa Trail in Winter?

Sherpatrappa or “Sherpa Steps” is a stone staircase starting in Tromsdalen and summiting at the plateau below Fjellstua at the Cable Car’s upper station. The Sherpatrappa trail through the forest is an excellent hiking alternative to taking the Cable Car. The Nepalese Sherpa are known globally for their skills at creating paths and steps in mountainous terrain.

I found myself in Tromso at the end of February 2022, and decided to find out if the Sherpatrappa trail was feasible in the middle of winter. Tromso had just seen a lot of heavy snow and ice (and rain) so I knew that the path would be snow bound, but fancied a challenge to see if I could make it to the top!

Walking from Tromso to the Fjellheisen base station takes about 40 minutes and it is a fantastic scenic walk over the bridge and past the Arctic Cathedral. The start of the Sherpatrappa follows much the same route through some residential streets where the hike begins on the road Fløyvegen. With so much snow covering the ground, it can be a little tricky to spot the start, but a large yellow sign with a warning of falling (!) is a good place to look. Then you head upwards on the path, with no steps to be seen as they have long disappeared under the snow and ice.

You’ll walk through a light birch forest, ascending almost immediately. Eventually you’ll spot the Sherpa’s colourful Tibetan prayer flags hanging over the path. The colours altogether symbolize balance which would come in useful given the icy conditions on the route! Although I was wearing my trusty snow boots, the route really demands some ice grips for the wintry conditions. I was making use of holes made by previous walkers’ footprints, but ideally ice grips would have helped gain more traction and pace. But I wasn’t in a hurry and instead enjoyed the peacefulness of the walk - almost completely alone save one couple and two Norwegian’s ‘sprinting’ down the trail using ice grips. Needless to say a good fitness level is required to get up to the top of the mountain but there is no prerequisite to run it Norwegian style!

The best part of the quiet trail was stopping to admire the wonderful unobstructed views of Tromso Island which open up between the trees. It felt magical to have those views to myself. The final part of the climb is quite steep and treeless as the roof of the cafe and Cable Car building of Fjellheisen appears over the summit ahead. As you near the top, you can start to hear human voices again as they explore the panorama views afforded by the Cable Car. But you can be smug knowing that it was pure human power that got you there. After being alone for an hour or two, it was a bit jarring seeing lots of tourists in one go, but that aside the reward of Hot Chocolate and waffles was good enough for me.

The views on Fjellheisen are spectacular but I had already felt rewarded enough by the views from the Sherpatrappa. It has to be said that safety should be considered when taking the Sherpatrappa in winter: wear good quality snow or hiking boots with ice grips, take it slowly and make regular breaks to rest and consider bringing poles for extra balance.