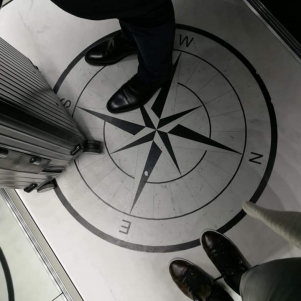 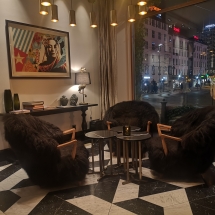 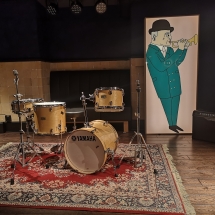 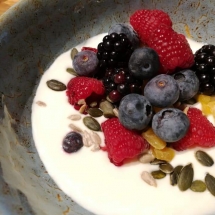 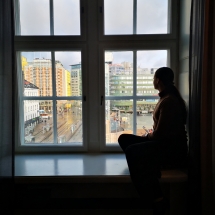 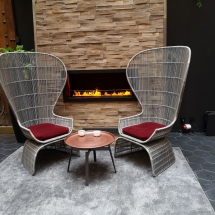 Having been to Oslo more often than I can count, mostly for concerts and family visits, or the odd shopping trip, it is safe to say that a hotel stay has never been more than a second thought - until I walked through the high ceiling doors of the recently opened Amerikalinjen hotel. The feel of relaxation and comfort hit as I entered the reception area. I inhaled the elegantly old-fashioned scent of Sprekenhus, a Scandi luxury brand. Instantly at ease, I felt less interested in Oslo’s shopping centers, and more in the cocktails served at the hotel bar, Pier 42.

Despite a short opening period, the hotel has already earned a remarkable reputation. Within a few months, Amerikalinjen has been named as one of the best European and the best in Northern European stay. Excited to see what the fuss was about, I decided to find out about the why behind the success story.

The story takes me into Norway’s 1920s when the Amerikalinjen cruise line used to run its operations from the terminal. Gazing up the lobby ceiling, thousands of hopeful Norwegians would have excitedly waited for the boarding call - the beginning of a new life across the pond. In an effort to preserve this vibe, Norwegian heritage and America’s roaring twenties blend in the hotel’s design touches.

The basement was used as a storage room back in the days and is a cool bar reminiscent of New York’s jazz scene every Friday night at Club Gustav, named after the founder of Amerikalinjen himself, Gustav Henriksen.

Before the steamships arrived, the explorers made the journey in basic sailboats. However, the journey was still long and wretched. And the food was poor. Luckily, this is not the case today: a hearty Norwegian breakfast, bread with brown cheese, mixed with more Scandinavian options such as the red Danish sausage, and the typical American pancakes are served every morning in restaurant Atlas. The locally produced organic yoghurt from Roros, topped with fresh berries, was my personal favorite!

Breakfast room in the morning and cafe and brasserie in the afternoon, Atlas is open for both the locals and explorers. It is a great station to fuel up with a fresh bagel from the inhouse bakery, or a taste of the dinner menu inspired by my ancestors’ curiosity and wanderlust, before onward travels await.

During my stay at Amerikalinjen, I had a superior room with a view over Jernbanetorget. The 1920’s ceiling decor has been preserved, and the floor is wooden fishbone parquet, and the bathrooms are decorated with fan-shaped mosaics in light, elegant colours. In the shower, I once again encountered the scent of Sprekenhus.

Some explorers might want some more space on their travels, I would in such case go for the Superior Explorer rooms, and if you fancy a little lounge the Deluxe rooms would be right down your alley. My favourite part of my room was the window seat, I could probably stare out those large windows looking at the busy city life outside for hours and hours.

I can for sure say I have found my new favorite hotel in my home country’s capital, and I will be back. With the welcoming and friendly staff, the Haven courtyard perfect for a coffee and a book, the jazzy club Gustav, and a gym and spa which is open 24/7, there is no need to even step a foot outside the doors during my next visit at Amerikalinjen.